In 1994 the People for Pete Domenici Campaign Committee was approached by the New Mexican Republican State Party to utilize an automated phone dialer in the up coming election. GOP Calls was the company recommended to provide the dialing platform. The campaign was able to deliver thousands of automated calls informing potential voters of upcoming get out the vote drives. Not only were the calls cost effective and efficient, they played a major roll in the turnout of the campaign. As the Campaign Manager Diana Daggett put it, “After utilizing the auto dialers we realized a significant improvement over our past get out the vote drives. I would highly recommend GOP Calls to other campaigns and state parties.”

When the votes were tallied and Senator Pete Domenici was reelected, he was the first New Mexican elected to serve five full six-year terms in the Senate. Clearly, the automated calls provided a substantial benefit to the campaign. “I believe our state party did well by utilizing the automated phone dialer machines,” Diana Daggett said. “I would recommend their use to other political organizations. The percentage of completed phone calls by the automated dialer was most impressive and our goals were clearly met. In my opinion, the benefits of automated phone dialers are huge and the costs are fairly minimal.”

Senator Pete Domenici was reelected again in 2002. Domenici has served in the United States Senate longer than any other New Mexican in history. GOP Calls is proud to provide automated calling solutions for respected officials such as Pete Domenici. 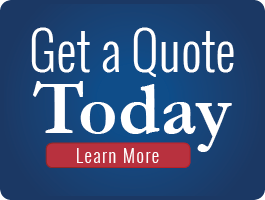